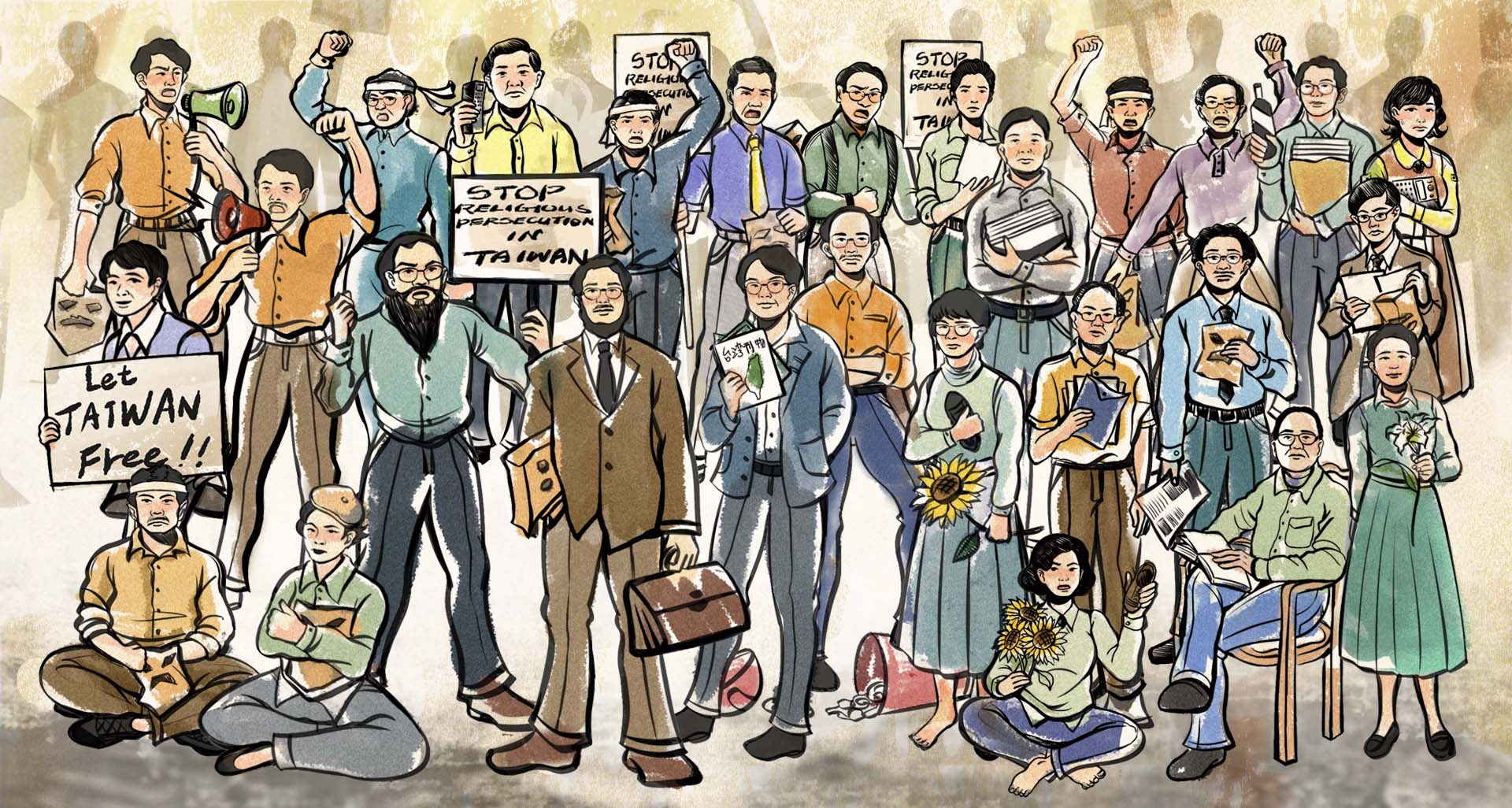 An ERA OF UNSUNG HEROES

These missing memories of Taiwan’s post-war democracy, were not only erased from the history textbooks of Taiwan, they were barely even recorded or mentioned at all. At 2021 TAIWANfest, we’ve chosen to create a short animated film to tell the story of these unsung heroes, to record those unseen moments of incredible courage, to remember those actions of unsurmountable perseverance, to capture and reveal to the world the sincere hope and truth they cannot hide even now, in their age-worn and weary bodies. 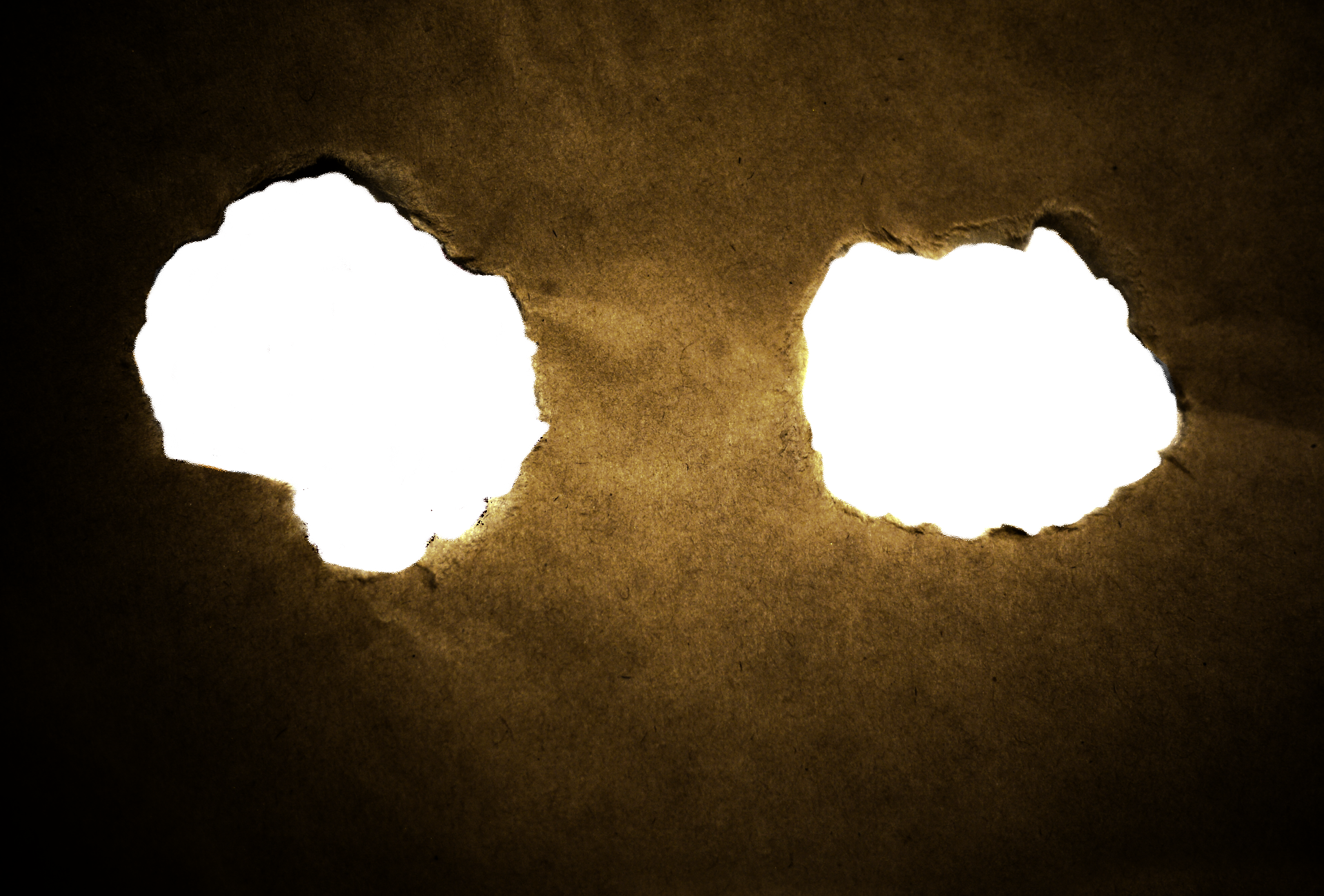 URM - Not A Secret
For 32 years, Professor Albert Lin (2nd from left in the first row) helped facilitate over 1500 Taiwanese being trained by Urban Rural Mission in Canada. More than 11 of the trainees were later elected as Taiwanese legislators, including Ms. Chin-chu Wong (4th person from the left in the last row) in this photograph of URM trainees taken in 1985.
THE FORMOSANS IN CANADA
Our gratitude to these 27 Taiwanese-Canadians and many others…

The first year of our Dialogue with Asia series, 2016, TAIWANfest opened dialogue with Hong Kong. At that time, both Taiwan and Hong Kong were still fresh from the echoes of recent ground-shaking democratic movements: the Sunflower Student Movement and the Umbrella Revolution, where the younger generation marched towards an ideal world with unparalleled determination. They formed their own political parties and found victory in the elections. That year, in downtown Vancouver, TAIWANfest created an exhibition called “The Face Cultures.” The idea of saving face is prevalent throughout Asia, but this exhibition strives to unmask the people’s unrest at the governments’ injustice. That exhibition is the first time these seniors’ stories were spoken about…

In the era of the White Terror, the youth on the island were organizing and operating in secret, fearless in the face of oppressive power. In Canada at the same time, there was also a group of Taiwanese people sprinting forwards for this silenced island.

Shya-Fen Tsai returned from America with an answering machine dubbed “Voice of Taiwan,” allowing the Taiwanese students studying abroad in Canada at the time to finally hear the situation within the island through the hotline; in Toronto, Albert Lin held a “Taiwanese URM Training Camp,” training many Taiwanese youth in non-violent methods of protest, prompting many social movement leaders to fly to Canada for this camp (the Destruction of Wu Feng Statue was a movement by some of the URM students); the Taiwan Foundation of Vancouver worked hard to fundraise in solidarity with Lim Gi-hiong and other democratic movement leaders within the island;

This group of people travelled often to Seattle’s Taiwan office to protest, garnering the attention of western countries to exert pressure on Chiang Kai Shek, only to be registered on The Blacklist, unable to return home…

These stories, not only were they erased from the history textbooks of Taiwan, they were barely even recorded or mentioned at all.

In 2019, indie band Sorry Youth was invited to perform at TAIWANfest, where they encountered these seniors’ stories. These missing memories of Taiwan’s post-war democracy, trapped overseas and unspoken, left a searing impression on the band’s members. With their recent years of learning and participating in several social movements, Sorry Youth put their feelings about their encounter in Canada into a song, “Justice in Time,” included in their latest album, Bad Times, Good Times.

At 2021 TAIWANfest, we’ve chosen to create a short animated film to tell the stories of these unsung heroes, to record those unseen moments of incredible courage, to remember those actions of unsurmountable perseverance, to capture and reveal to the world the sincere hope and truth they cannot hide even now, in their age-worn and weary bodies.

Now -- it is our turn to carry the torch!

Today we support each other,
Tomorrow new companions will join us,
This era will look after us, those who are united! 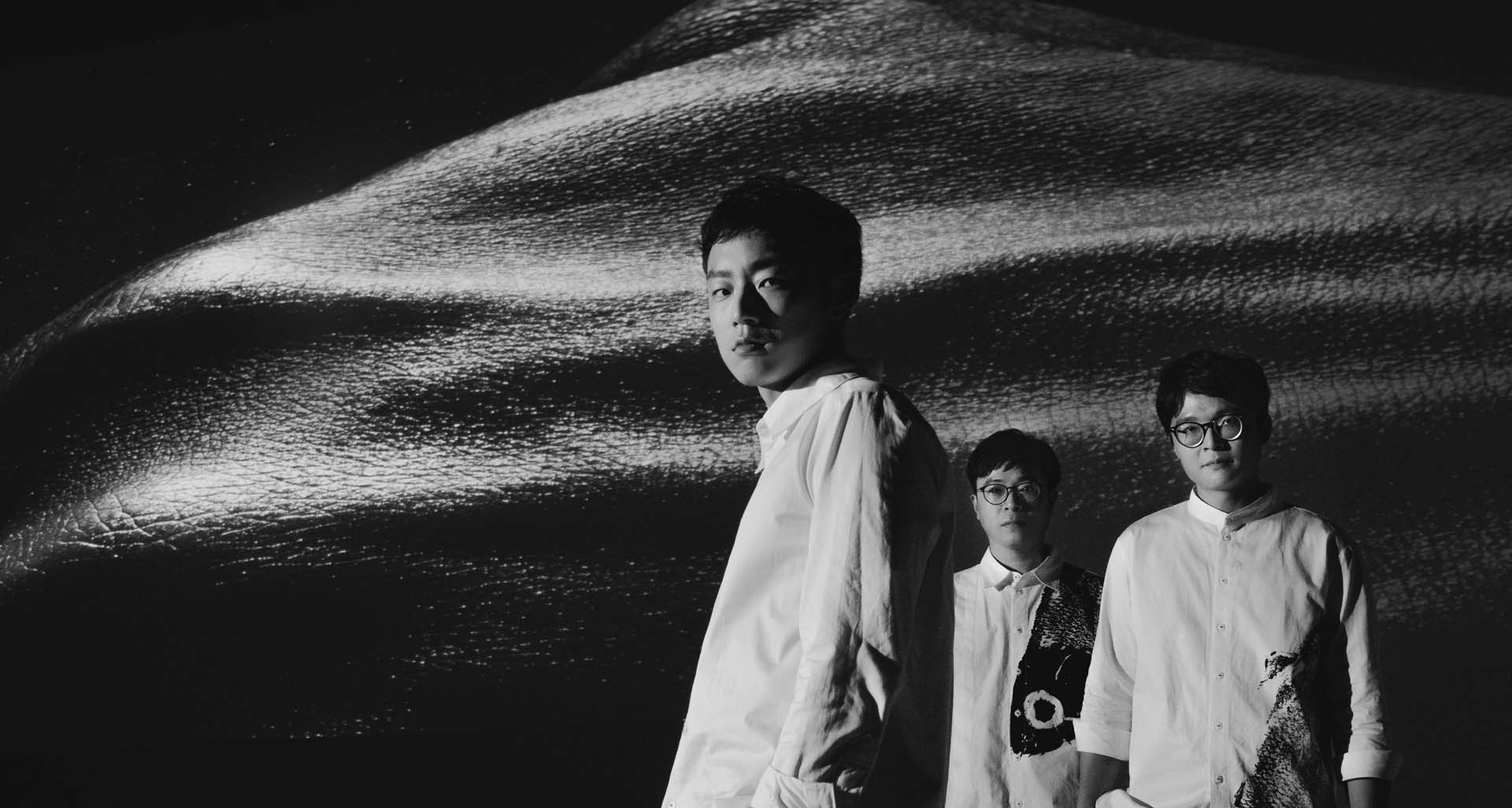